Posted on 12 September, 2017 by Sarah Dellmann
in: Categories: Publications, Publications about "A Million Pictures", and Publications by team members. 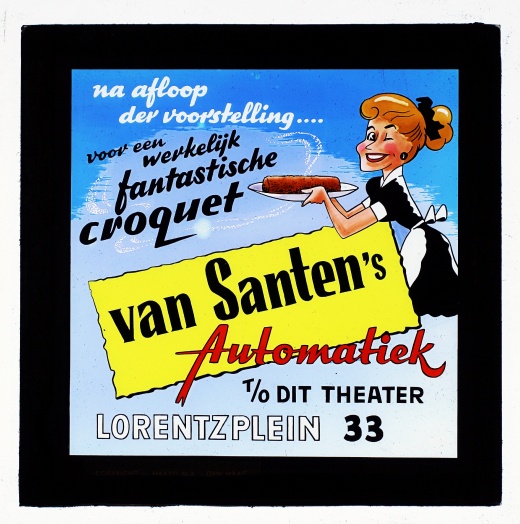 Jeroen Splinter, intern at A Million Pictures, wrote a piece about his discoveries when working with the lantern slide collections held at the film related collections at EYE Filminstitute, The Netherlands. Jeroen Splinter digitised advertising lantern slides that were shown in cinemas before the film screening started. Often, these slides advertised local bars and restaurants. Splinter found that these venues were located near the cinemas and thus indicate that watching a film was part of the broader leisure practice of “a night out”,  being thus a valuable source for research into historical practices of movie going. Read the entire blog post on the website of EYE Filminstitute (in Dutch).